I had a big, long post about this topic typed up, but the Internet ate it. So here's the short version.

I have always been a high player. It was my identity for the longest time. You want me to play Bolero up an octave? Sure. You'd like to hear some high notes on the trumpet? Gimme. I could play as high as you wanted, and about three times louder than you'd ever want. All through school, I blasted and screamed through my band music without regard for intonation, sound quality, or the Geneva Convention. It was glorious.

I eventually learned to see myself not as a high player, but as a trombone player. Trombone music is written in the staff and below much more often than it's written two octaves above. With that in mind, I began working out of the Schlossberg and Marsteller books. I began connecting my registers using the Edwards Lip Slurs book. I extended my low range past a pedal A for the first time in my mid-twenties. Life got better, slowly. The Very Bad Sound was frightened away by my new, unified trombone sound. Rather than having a high register and a low register, I had a middle register that was expanding outward. I'll touch more on that idea in a future post.

One day I was at my in-laws' house, and my father-in-law had just gotten a new mouthpiece. He's a very fine trumpet player, and since it had been a long time since I'd blown some minds on the trumpet, I asked to try out this new mouthpiece. I sounded like a geriatric turkey being drowned in a garbage bag full of bacon grease. Nothing that could even generously be called a "tone" came out of that bell. I was floored.

Thinking about this on the drive home made me really happy. Here was empirical proof that my embouchure was different! I had worked back up to the high range I used to have, but this time with a correct embouchure. The results on trumpet, just like my employment status, were night-and-day different. Rather than pinching the aperture and muscling my way to the high register, I had succeeded in moving the muscle engagement out to the corners. This enabled the tone-producing part of the lips to vibrate freely. It also meant there was no muscle tone there available to play the trumpet.

I'm certainly not against doubling. I just know that for me, a high trombone embouchure is NOT the same as a high trumpet embouchure. The vibrating surface of the lips must be free to vibrate, or else the sound is pinched. Even if the difference isn't that noticeable up high, the pinched and strained vibrating tissue will certainly affect the sound in the middle and low registers. It's much better to have a middle register that spans six octaves than to have a screaming high register and a Very Bad Sound elsewhere.

I even have a video demonstrating this connected embouchure - a student asked for a video of someone playing a high Bb, because she didn't believe it existed. I recorded what I did to prove that this wasn't a cheater embouchure, it's a valid and usable note that is connected to the rest of my range, which no longer sounds Very Bad. I don't have the world's greatest sound yet, but at least I'm employable now! And I'm still working to chase the Very Bad Sound away.

What year is it?

On the last year 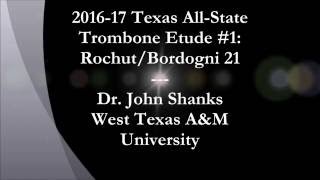 An idea stolen from the Internet